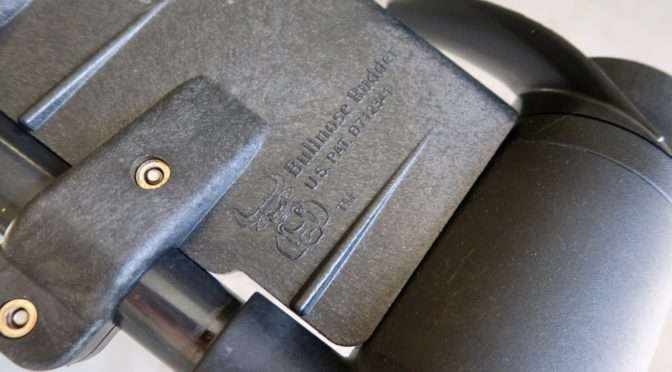 Before I bought my Pelican Bass Raider 10e I spent countless hours online researching all the accessories and modifications that people made to their small boats.

Probably the most common complaint I saw online was the lack of a rudder, which caused the boat to constantly spin in the wind and be harder to control overall.

I wrote those complaints off for the most part until I got out on the water a few times.

I was constantly battling my boat making tiny adjustments while trying to fish. It doesn’t take much wind either, maybe about 10 mph.

I knew I had seen all kinds of posts online about making a rudder out of wood, plastic, and even broken trolling motor parts.

I considered trying some of these methods but I’m not the most handy guy around and I figured my rudder would fall off and end up at the bottom of the lake.

So I continued searching for a pre-made rudder I could purchase that was designed specifically for small boats.

The Bullnose Rudder is a heavy duty plastic rudder that clamps onto your trolling motor shaft.

All it takes is 4 screws (included) and you’re good to go.

It’s also designed to be a universal fit for electric trolling motors with 24 – 55 lbs of thrust.

Depending on your trolling motor you may have to mount it upside down, in front of, or behind the shaft.

No matter which way you mount it, it will still do the job.

I installed this on my Minn Kota Endura C2 in about 3 minutes and tried it out on the water. 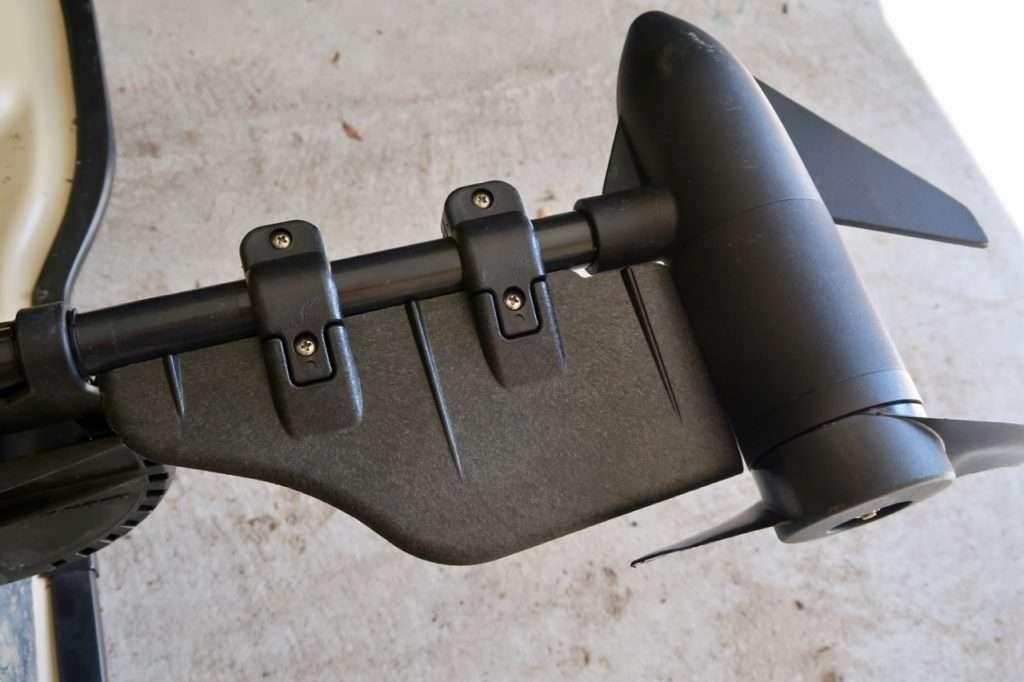 Here’s What I Noticed

Before installing the Bullnose Rudder I would position my boat right where I wanted it but the wind or current would spin or move me pretty quickly.

I’d take my hand off my reel to kick the trolling motor on and make a tiny adjustment, then make another cast. Before getting my bait back to the boat I’d have to adjust the boat again because now I had spun a little too far in the other direction.

The Bullnose Rudder significantly reduces the boat spinning. I still have to adjust my position due to the wind but not nearly as much as before.

I also notice that if I’m trolling through an area and making casts the boat will generally stay moving in a straight line.

This is a HUGE improvement over not having a rudder at all.

Will the best small boat rudder work on your boat?

I am currently not using the bullnose rudder on my boat because I switched to the MotorGuide Bulldog 40 trolling motor which is mounted on the bow and foot controlled.

Try not to laugh, but I wanted to see what would happen if I mounted the rudder on this setup. Just in case anyone else was thinking of trying it… it doesn’t work.

The rudder makes the motor incredibly hard to turn due to the extra resistance and when it does turn it will swing all the way to one side and stop.

If you’ve got a setup similar to this you’ll need to add a fixed rudder to the back of the boat or go without one. I’ve found I don’t need one based on the control that I get from my particular trolling motor.

The vast majority of small plastic boats I’ve seen run a traditional, hand-controlled trolling motor on the stern and the simplest way to improve control is to add a Bullnose Rudder to your motor.