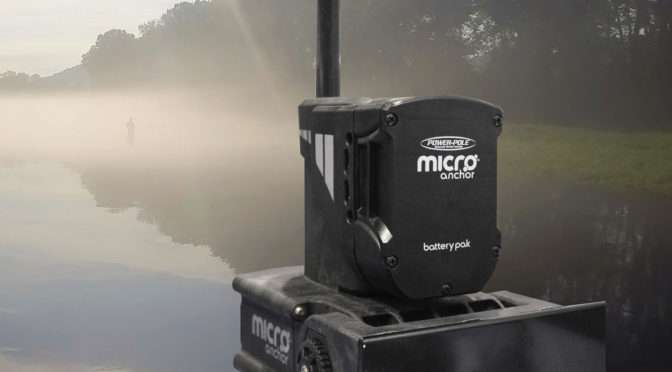 When I first purchased my Pelican Bass Raider 10e I also bought my trolling motor and battery at the same time. I figured that about covered it.

After the maiden voyage I realized a minor drawback to fishing from a small boat – it can be very hard to control on the water!

I realized I needed to make another purchase (the first of many more to come) and this time I would need some sort of small boat anchor.

Not realizing that I needed some kind of anchor system was my first mistake but I made a few others until I figured out what worked for me. In this post, I’ll explain the first few mistakes I made so that you don’t repeat them as well as go over my top 4 small boat anchors.

My first mistake was going with a kayak anchor that folded up into a little carrying bag. I figured my Bass Raider couldn’t be that much heavier than a Kayak and I’m all for the convenience of a small anchor.

That was a nice waste of money.

My second and biggest mistake was going with traditional weighted anchors instead of a shallow water anchor pole.

An anchor pole aka anchor pin or spike is usually a 3/4″ or 5/8″ rod that you shove into the lake bottom and tie your boat off to. The poles can be made from different materials but usually have some flexibility that allows your boat to move around without pulling the pole out of the water bottom.

Although I upgraded my kayak anchor to a 15 lb navy anchor, I was still dragging that anchor across the lake in higher winds and ripping it through all kinds of brush and vegetation. Not to mention every time I got it in or out of the boat it made a ton of noise – not something you want while fishing shallow water.

By switching to a shallow water anchor pole I’m now able to stop the boat silently, and because the pole has some flexibility it rarely gets pulled out of the bottom.

You should be using one of the following anchor poles and NOT a traditional weighted anchor.

I figured I’d start with the Cadillac of shallow water anchors – the Power Pole Micro Anchor. If you want to turn your plastic fishing boat into a legitimate mini bass boat – this is the way to go!

While it’s the most expensive option on the list you should be able to see why. It’s a remote controlled anchor pole system that can be mounted in almost any way you might need for a plastic fishing boat, kayak, or jon boat.

They also have a separate clamp mount that clamps to your transom which is right up my alley as I continue to try and avoid putting holes in my boat.

Another accessory I love is the Micro Battery Pak & Charger which will operate the anchor rather than having to use your boat’s main battery.

The micro anchor itself does not include a pole so you’ll need to buy one of Power-Pole’s spikes OR you can use any other 3/4″ anchor pole.

If you’ve read my overview of the Pelican Bass Raider 10e, you know that I look at my boat just the same as a 20ft Nitro except my Bass Raider will never cost me more than a few thousand dollars.

With that in mind, spending around $600 to be able to hit a switch and anchor silently just like the pros on TV is a fair compromise…at least that’s how I’ll rationalize it when I pull the trigger and finally get mine.

Stick It Anchor Pin System with “The Brake”

The Stick it Anchor Pin System offers 7′, 8′ and 10′ anchor pins either with the pin alone or as part of full package including braided dock line and mounting clips for storing the pole while not in use.

The anchor pin itself is 3/4″ thick and made of solid reinforced polyester resin and is backed by a 5 year manufacturer’s warranty.

Now I like the Stick It Anchor because they offer 3 different lengths but they also offer an accessory called “The Brake“. 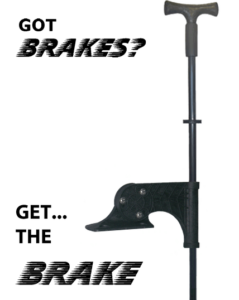 boat and anchor together. I look at it like the low tech version of the Power-Pole micro anchor.

The one drawback to The Brake for me is that unlike the Power-Pole option there no “clamp mount” option and it will need to be attached to your boat with traditional hardware (included).

I should point out that MANY, MANY people have attached all kinds of accessories to their plastic boats with little to no issues. You simply need to cover the penetrations properly with a good marine glue. I simply felt like I’ve done almost everything I’ve wanted to my boat without putting any holes in it that I might as well keep it that way.

Overall, I’m a fan of the Stick It Anchor Pin for offering a complete system which includes multiple length options, mounting clips for storage, rope, and The Brake.

The SuperStick Shallow Water Anchor pole is pretty similar to the Stick It Anchor except for a few areas. 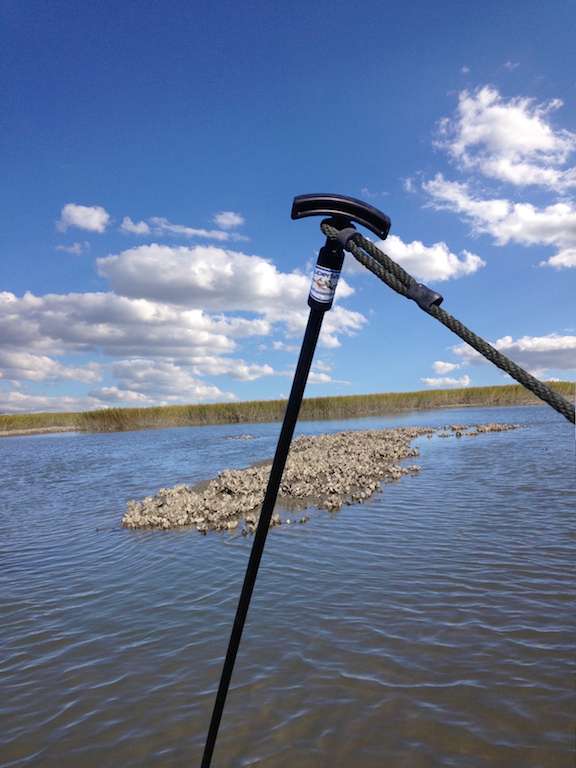 First, the pole itself is made of aircraft grade fiberglass and the T-handle at the top is removable. This means that if you wanted to you could cut the pole down to any length you wanted and re-attach the T-handle.

Second, the tip is actually aluminum to keep from splintering as you drive it down into who knows what over the years.

I would recommend going with the 9ft option as you’re going to want to drive these anchor poles about 1ft into the ground.

The SuperStick also comes in a kit that includes the anchor pin itself, rope, and storage clips.

Overall, the Superstick and Stick It Pin are very similar offerings but I’ve found that the availability from these smaller companies is not always perfect so maybe if one is out of stock you would prefer to go with the other.

I actually spent a solid 30 minutes inside Bass Pro Shop going back and forth between the SuperStick and the Power Pole HD Spike.

The price is around the same so I think I was really trying to get a feel for what length I would need. After I was approached by the BPS employee for a second time I was embarrassed enough to make a decision and move on with my life.

I chose the Power-Pole Heavy Duty Spike which is 8.5ft long and 3/4″ thick. 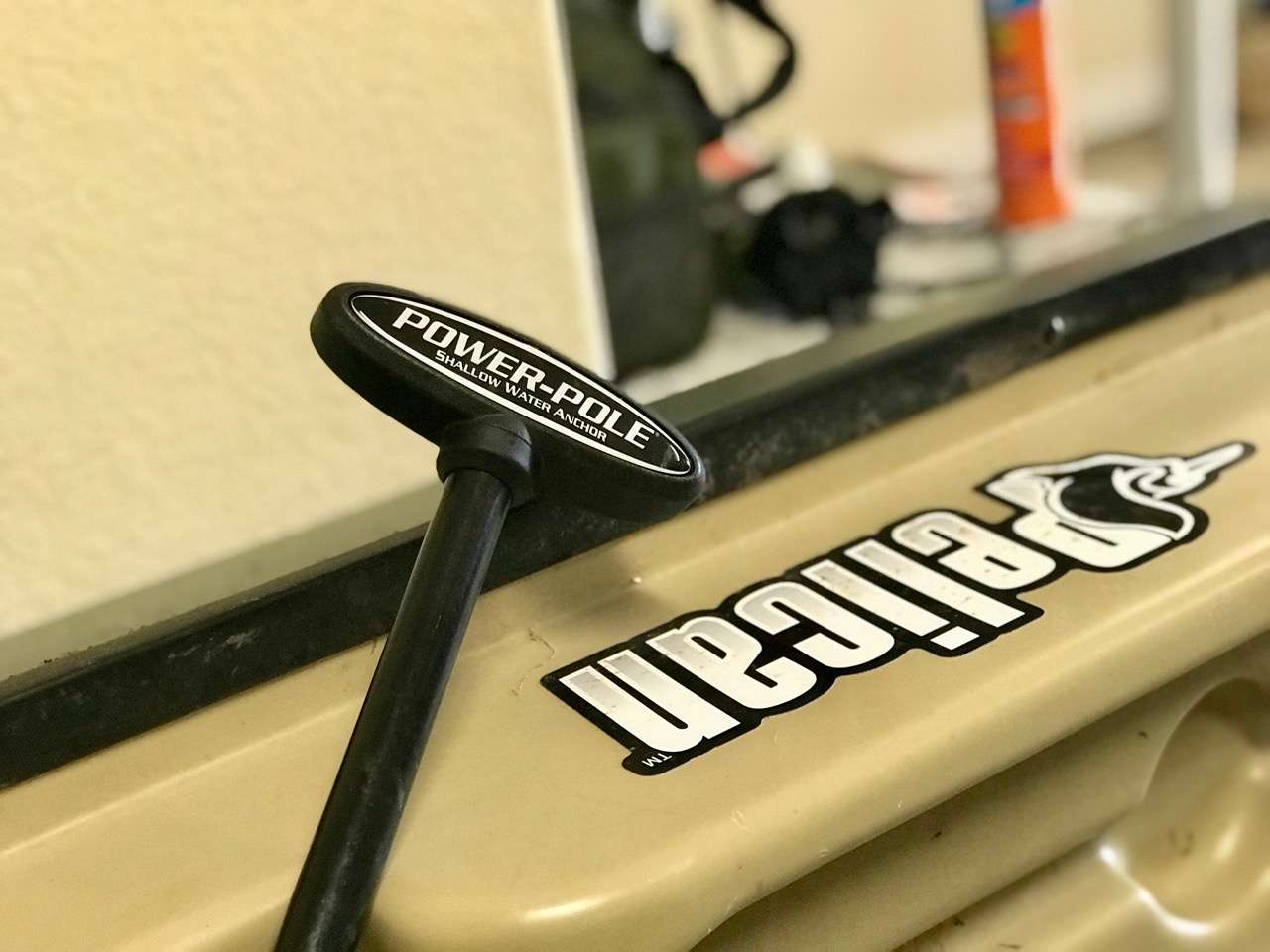 They also offer an Ultra Light version in 6ft and 8ft lengths that they recommend for vessels under 1500 lbs while the HD version can hold full bass boats and pontoon boats.

Knowing what I know now I would have been perfectly happy with the 9ft SuperStick however I knew in the back of my mind I wanted to eventually get the Power-Pole micro anchor and there was a $100 rebate offer if both the spike and the micro anchor were bought within 6 months of each other.

That didn’t happen but I’m still very happy with the Power-Pole HD Spike.

Which anchor pole is right for you?

I think it’s clear that if you’re in a plastic fishing boat like the Pelican Bass Raider, Sun Dolphin, or Pond Prowler, there’s no point in lugging around a weighted anchor.

If you want nothing but the best for your small boat you should seriously look into the Power-Pole micro anchor.

If you’re turned off by an anchor that costs as much as your boat (even though it’s really cool and remote controlled) any of the other options above will serve you well.

I would recommend the following though: choose one that’s at least 8ft long. Remember that about 1ft will go in the ground and you also don’t want the top of your pole right at the water surface.